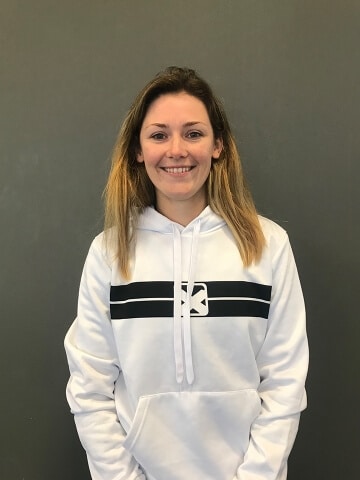 Tennis has been a huge part of my life from as early as I can remember and since we had a tennis court in our garden, it was inevitable that my Dad would get a tennis racquet in my hand as soon as I could take my first steps.

My parents made the decision in 1998 to officially move out to the Costa Del Sol in the south of Spain, where I started to receive some coaching lessons. Eventually, we moved up to Barcelona in 2005, where I started taking my tennis more seriously. In 2007, I was awarded a scholarship to St. Georges School for girls through Tennis Scotland and we moved to Edinburgh.

The weather definitely played a huge part in our choice to move back to Spain in 2009, where I jumped into the to Open top 100 nationally at the age of 15. I started playing more ETA and ITF 10 and 15K tournaments before accepting a scholarship from Eastern Kentucky University and then finishing my final two tennis seasons at Lipscomb University, where I studied Journalism and New Media.

After studying four years of Journalism, it made me realise deep down that my passion was to continue to work in tennis and act as a mentor for the up and coming athletes.

A couple other passions of mine include travelling and sports in general. I grew up playing tennis, football, golf and swimming and since I’ve now lived in 5 different countries, it has inspired me to continue this journey of seeing the world in all its glory.

Travelling has also allowed me to pursue my ambition of coaching and after coaching in Melbourne, I am proud to now be part of Kiwi Tennis here in Auckland. I am excited to meet you all and see what we can create on the court.