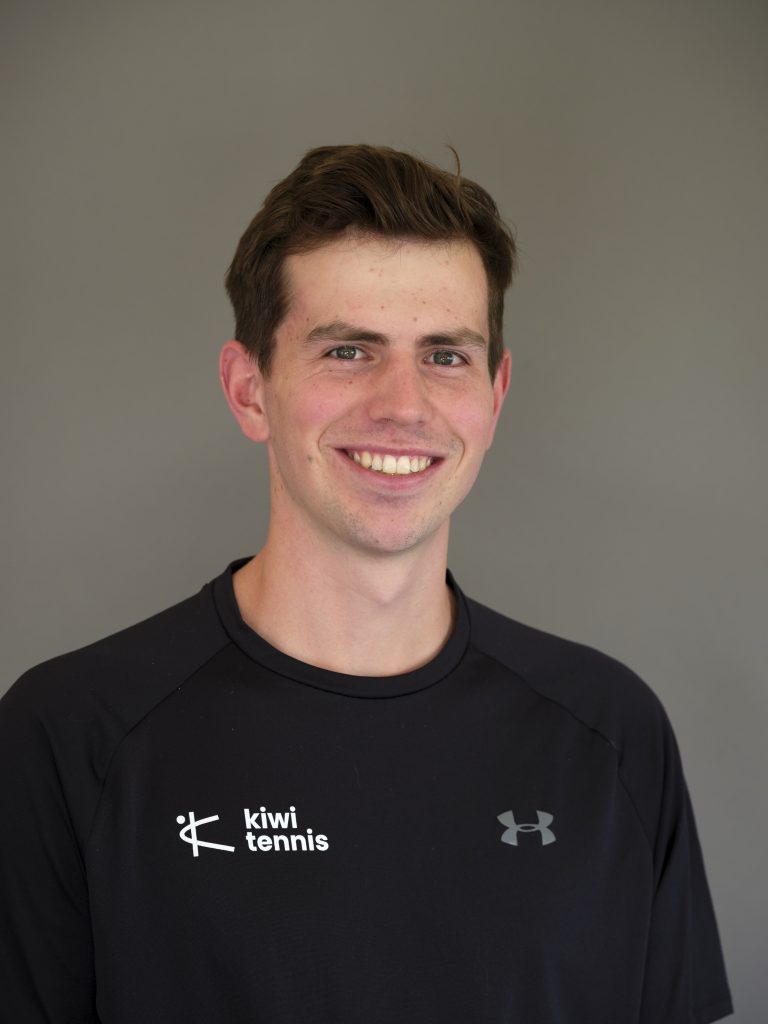 I began playing tennis at 7 years of age after becoming inspired watching the ASB Classic in Auckland. My passion for the game only grew from there under the guidance of fantastic coaching and mentoring along the way. My tennis journey has taken me from a small country club in Hairini, to squads at Cambridge Racquets Club and in the Waikato Tennis Academy as I progressed in ability. While at Cambridge, I went on to represent both my school and club in many regional and national competitions.

My coaching career began in 2017 as an assistant in Hotshots and Schools programs, as I was completing a degree in Sport and Exercise Science. As an assistant I gained a wealth of knowledge from award winning coaches with 10+ years in the field. I graduated in late 2018 and was began full time coaching at the same time. Since this time, my role has grown from primarily Hotshots and Schools programs to regional squads with some of the Waikato’s top Under 12’s and 14’s players. I have been instrumental in implementing invitational Hotshots squads. I have been entrusted with leading our Waikato Thames Valley Junior teams in the annual Intraregional Competition against other North Island Teams, and have taken players to competitions in other regions of the country. The hard work I have put into coaching has been recognised as I was honoured to receive the Waikato-Thames Valley Coach of the Year for 2019. My role in the Waikato Tennis Community has continued to grow as I have taken on the role of Tournament Organiser for the 2020 Waikato Graded Tournaments.

It has been a pleasure to work for Kiwi Tennis for the past 3 years, as it has combined my passion for tennis with teaching others. I am looking forward to continue building tennis in the Waikato Region.